“It is a great improvement and it keeps getting better.” 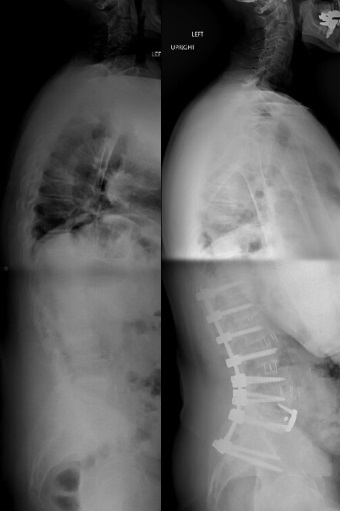 After years of managing with lower back pain and two spinal decompression procedures in 2011 and 2017, this 69 year old male sought out Dr. Anand’s advice. He described pain in his lower back and buttock and had already resorted to using narcotic pain medication to manage his symptoms. He admitted to feeling weakness in his right leg. He acknowledged losing approximately three inches in height and an inability to fully stand upright. He and his family noted that he would lean forward and to the left when standing and walking. Clinically, he demonstrated weakness in his right foot and his body’s trunk was shifted to the left. X-rays showed a degenerative scoliosis with flattening of the lumbar lordosis and the MRI and CT scans showed multiple levels of stenosis and overgrowth of the facet joints. A staged, minimally invasive spinal realignment procedure was recommended.

In April 2019, this patient underwent a multilevel oblique lateral interbody fusion at L1-2/L2-3/L3-4/L4-5/L5-S1 through a minimally invasive approach on the patient’s left side. The day after stage 1, he was up and walking around the hallways of the spine floor at the hospital and reported no radiating buttock or leg symptoms. On the second day after stage 1, new x-rays of his spine were taken. The following day, he returned to the operating room for the second stage of his spinal realignment procedure. He underwent a T12-pelvis posterior instrumentation and fusion, in which screws and rods were implanted and used to derotate and realign the spine and hold the alignment in place. Note the images below comparing his pre-operative spinal alignment, his alignment between stage 1 and stage 2 of his procedure, and his post-operative spinal alignment. At 1 year after surgery, he commented that he is standing much taller and straighter: “It’s especially noticeable with people that hadn’t seen me since the surgery. They comment a lot on my improved posture.” 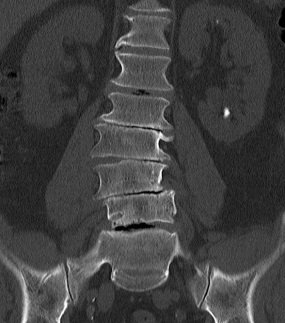 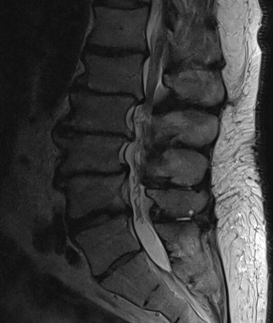