“His team is very collaborative and I do not think there is a better scoliosis surgeon in the country.” 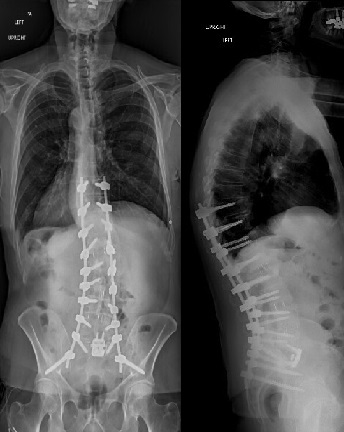 This 76 year old radiologist presented to Dr. Anand in June 2018 complaining of worsening right-sided lower back pain over the course of four years. He reported a history of right leg pain, but denied current radiation of pain down either leg. He admitted to losing several inches in height over the past few years. He managed his symptoms with Pilates, physical therapy, anti-inflammatories, and injections, but pain continued to interfere with his everyday life.

On presentation, he had a degenerative scoliosis in his lumbar spine of approximately 40 degrees along with thoracolumbar kyphosis. His left-sided ribs were collapsed into his pelvis, resulting in his body leaning to the left. A pre-operative CT scan demonstrated a solid autofusion between L2 and L3 and a spondylolisthesis at L5-S1. An MRI showed stenosis at multiple levels. A DEXA scan confirmed osteoporosis, for which he had started treatment with daily teriparatide (Forteo) injections four months prior. It was determined that this patient was a candidate for a minimally invasive realignment of his deformity.

Therefore, in February 2019, he proceeded with a staged scoliosis reconstruction. On a Monday, he had an oblique lateral interbody fusion at L1-2, L3-4, L4-5, and L5-S1 (L2-3 was not attempted as it was already fused on the CT scan). Between stage 1 and stage 2, he was standing and walking around the hallways and taking a minimal amount of pain medication. Standing x-rays were taken between the two stages, which showed improvement in elevating his ribs off his pelvis and increasing his lumbar lordosis curve.

On Thursday, he underwent a T10 to Pelvis posterior instrumentation and fusion to derotate the scoliosis and stabilize the alignment. Four days later, he was transferred to an acute rehabilitation center for a week of inpatient physical therapy. Post-operative x-rays revealed a reduction of the scoliosis in the lumbar spine to approximately 16 degrees, with restoration of his spinal alignment and height.

Interestingly, during a routine follow up visit nine months after his scoliosis surgery, he complained of difficulty with his balance. He noted trouble walking straight in a dark room and admitted to losing some dexterity in his hands. An MRI of his cervical spine revealed moderate to severe stenosis at C4-5, C5-6 and C6-7, with compression of his spinal cord. There was even evidence of signal changes in the spinal cord at C5-6 and C6-7. These findings were consistent with his symptoms. He was advised that surgery to relieve the stenosis would help to prevent further damage to the spinal cord and hopefully restore neurologic function. Therefore in January 2020, he underwent a C4-5/C5-6/C6-7 anterior cervical discectomy and fusion. He was discharged home the next day and he continues to recover well. 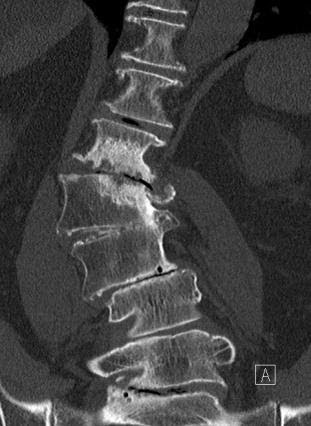 “I am an experienced Radiologist who, in my mid 70s, developed severe debilitating degenerative thoracolumbar scoliosis resulting in constant pain and inability to walk any distance. I was wheelchair bound.  After consulting many spine surgeons who were unable to help me, I was referred to Dr. Anand by a Neurologist colleague.

His team is very collaborative and I do not think there is a better scoliosis surgeon in the country.
I am happy to answer any questions. Dr. Anand’s assistant can give you my contact number.” 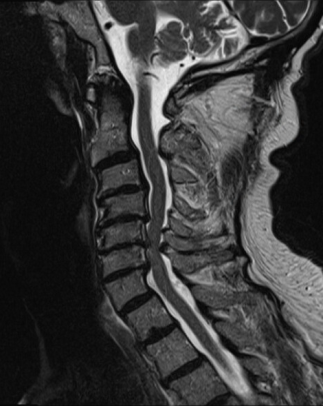